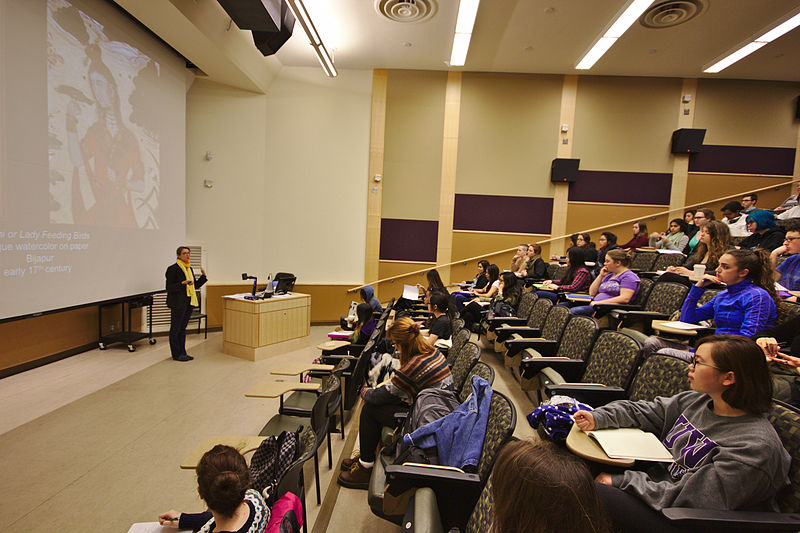 It is well known in academic/teaching circles that student evaluations have some room for improvement. There is both a gender and a racial bias in the students’ evaluation of their professors. Additionally, in order to get better evaluations, some studies have demonstrated that professors inflate grades. There is a lot of pressure to get good teaching evaluations because it is a metric that is used in making reappointment, promotion, and tenure decisions. This clearly isn’t the best system to make these important decisions.

Another method that is being used on some campuses is the use of peer review or peer observation. However, there are certainly some issues with this method as well – including bias, training and resources.

As part of my Adams Academy Fellowship, we had a workshop on Peer Observation. This included reviewing different models and frameworks, as well as having other professors discuss the process in their departments and colleges. One colleague, said that the peer observation was used as a teaching tool, for example, when the department hired a new instructor they had to observe x number of colleagues teaching. Other departments said that they were moving to the model to use peer observation as part of their teaching evaluations, in a more formalized way. The resources that were provided during the workshop were very helpful to think about what peer observation should include – but it also allowed me to reflect on my teaching.

At the end of the workshop we partnered up to do a peer observation. I was partnered with a colleague from the Theatre Department. I was able to sit in the back and not only observe his teaching, but also his students and see what they were engaged with during the lecture. Doing this part of the exercise, I not only helped him (I hope) in reflecting on his teaching, but also helped me in thinking about my classes. When I was being observed, the feedback that I was given helped me feel more confident in the classroom, but also reaffirmed where  I could improve with some suggestions on how.

Overall, the peer observation was a great experience for me. In both doing the observation and being observed. I am planning on talking to my chair about instituting some form of peer observation in the department as I did find it useful. I hope that along with the student evaluations, these can also be included to help make important decisions on RPT.

If you are interested in having a classroom observation at MSU, the Academic Advancement Network can work with you to set that up.